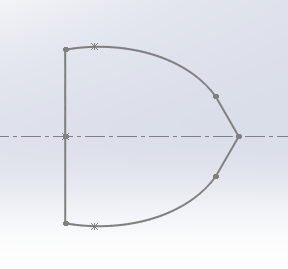 Converting video to high-quality gif on linux (via ffmpeg)

A brief post today. Recently, I've been taking videos of my screen and converting them to animated gifs.
The command I use to record the video, for example to record 15 seconds of video at 25 fps, sized 830x150 pixels at offset from the top of x=230,y=360 is:

For a while I was using a one-liner to convert the video to animated gifs using ffmpeg and ImageMagick's convert command based on this post. Below it samples the mp4 at 15 fps.

The problem I ran into was the the color palette choice in the gifs was poor and creating weird artifacts.

So I came across http://blog.pkh.me/p/21-high-quality-gif-with-ffmpeg.html, which layed out another strategy, resulting in the following two commands:

I found this approach much better. The color artifacts were gone and also the file sizes were much smaller! It chopped about 50-80% off of the file size compared to the previous ffmpeg/convert pipeline.